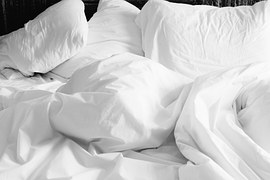 Quite a few people have asked where we came up with our eight month old daughter’s name—Laken.

I wish we had some super cool story with loads of meaning and an ancestor or two thrown in, but that isn’t the case (sadly!) To be very honest, I first heard the name when I was teaching in London. One of my colleagues was named Laken, and I fell in love with it the second I heard it.  Any time she was mentioned at faculty meetings or in the hallway, I found myself rolling the name over my tongue again and again.  It just had such a good sound to it—no matter whose voice said it.

Like all parents, Todd and I took our duty to name a human being very seriously.  We wanted something that was unique and yet not impossible to pronounce or spell.  Since that seemed a tad broad as a starting point, we added the requirement that it be Irish (for no other reason than just because Todd loves Ireland so much) and we both had to be 100% in support of it.  Period. No compromises.

Todd’s initial pick for a name was Ireland. I just couldn’t give that big a tribute to the country, so we kept thinking.